In February I became a trustee of Send A Cow.  In 2002 I was working for Children’s Hospice South West and met Christa Friend, a very gifted graphic designer, counsellor, mother, wife and now – great friend.  Christa’s husband Andrew had, 25 years ago, I learnt, been one of a group of five Devon farmers who sent, yes literally sent, Devon cows to Uganda.

They were told they were mad.  25 years later, Send a Cow has transformed the lives of more than 1 million African people.  And I am hugely privileged to be involved, thanks to Andrew and Christa, for their introduction to the charity, over a decade ago.  Today I am going to Highgrove, to meet some of Send a Cow’s patrons and its president, HRH Prince Charles.  It’s feeling like quite a big deal and I am, I don’t mind admitting, a bit nervous.  But then I was reminded of a woman I met in Eastern Uganda in June.

I visited Uganda to represent the UK board at the Ugandan board meeting.  But first, I had two days of field visits.  I visited Uganda some 14 years ago, so had an idea of what to expect.  But in 1999 I left with a heavy heart, unsure of what difference my visit had made.  This year, I left uplifted, inspired and determined to do everything I can to make Send a Cow’s work relevant in the UK and more successful in Africa.

Send a Cow always starts with the women.  Women like Hamida, who I met in rural Eastern Uganda.  Hamida is a gorgeous 39 year old woman, married to a man some 11 years older than her, with eight children:  five boys, three girls.  She is a peasant farmer.

Hamida’s front yard had been swept within an inch of its life:  red dusk brushed for hours into the most beautiful pattern.  I almost didn’t want to walk on it.  She told me, slowly and gently how Send a Cow has helped her to transform her life.  She joined together with her female friends to start the Nakisenyi Tuyambagane Women’s Group in 2007, initially there were 35 members, now there are 52.

Working with their outreach support worker, Hamida has been given tools for life, she knows that she is valued, loved and (as that horrific advert says) ‘worth it’.  For her own self-worth, she is standing tall, speaking in public and enjoying a partnership with her husband and children – they are all in it together.

Send a Cow starts, with the hearts and minds of women, working with Hamida and her friends, and importantly their husbands to rebuild relationships, recast stereotypes.  And then to talk about gardening, sustainable agriculture that can help them build an independent, self-sufficient life.

I’ll write more, but for me, going to Highgrove today is for Hamida. And all those women we have not yet been able to help 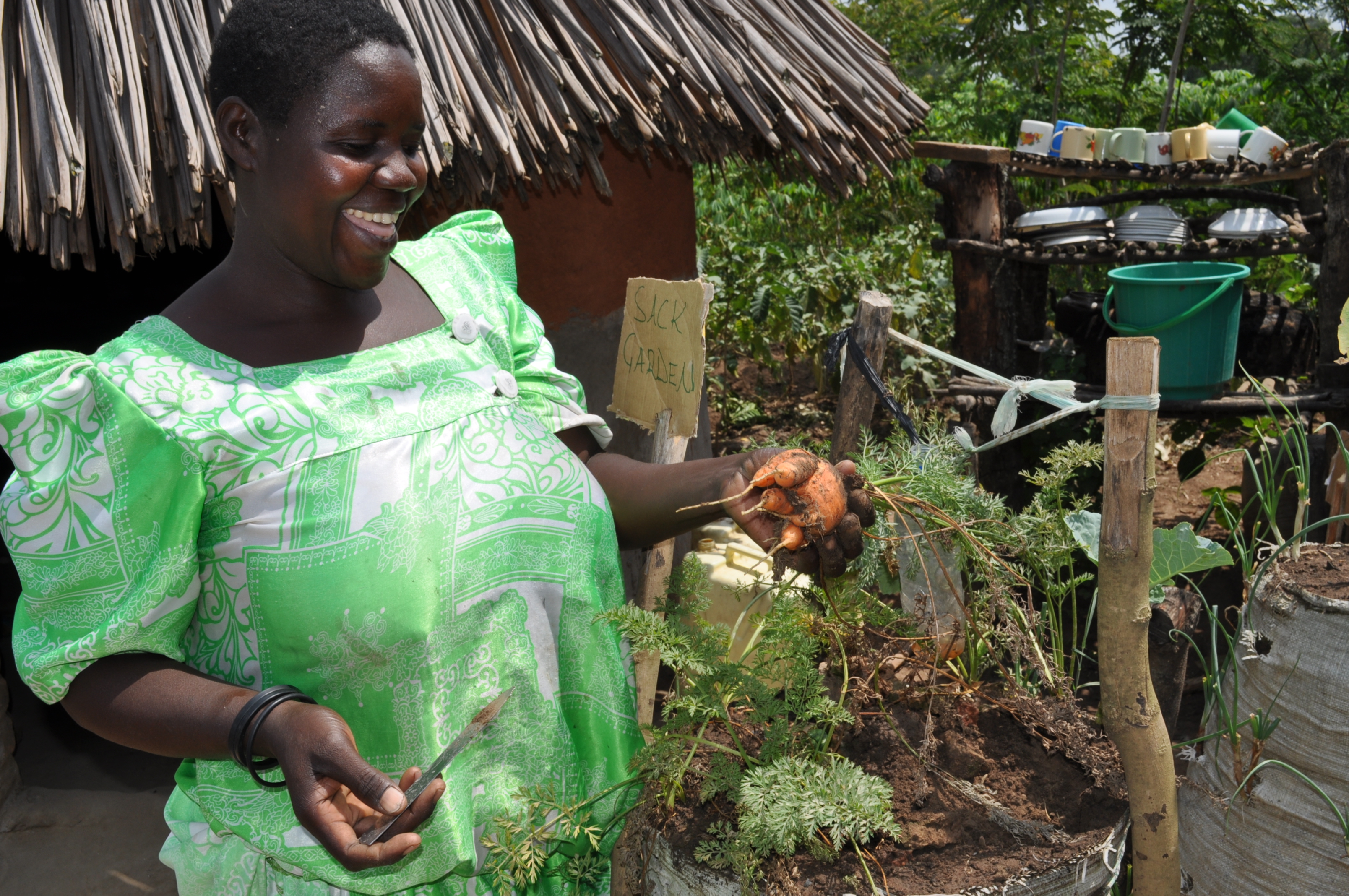