The Diverse Days of Christmas #12 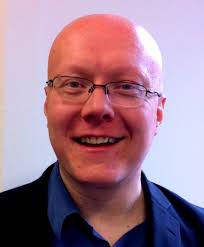 Dan Slee is Director of comms2point0 Ltd and Dan Slee C2 Ltd, he is the Top 10 of Vuelio PR Bloggers and you can find him @danslee on twitter. One of the nicest men in PR, he blogs today about age.

We need age equality in our teams to help us communicate_

Too old and too out-of-touch.

Too many communications teams are getting ever older as the communities they serve are grow younger.

As the media landscape we consume fractures this is a problem.

Diversity quite rightly focuses on ethnicity and women’s fight for equality in the workplace. They are some of the many areas where there is a battle to be fought. But there is also an overlooked area where PR is falling down. That’s age. That’s the lack of young people entering the profession in the public sector and its quietly but surely undermining the effectiveness of the profession.

People aged under 30 in the UK account for 51 per cent of the population. For under 24-year-olds that’s 30 per cent. There is no data I’ve seen that looks at age range in PR yet I take an uneasy look around public sector comms teams and I see teams getting older and a lack of young people coming through.

Why is this a problem? Simple. If a team isn’t representative of the community they will struggle to serve them. That’s a principle long observed in other areas of the public sector. In 2015, for example, the Home Office began publishing data on the UK’s 43 police forces. They did this to shine a light on the number of black and minority ethinic as well as female officers. Incredibly, four forces in the survey didn’t employ a single black officer.  Turning to age, how many under 24s does your team employ?

The problem is pressing. How people consume the media has never been so diverse. Different age demographics consume the media in different ways. I look at my family, for instance. My father-in-law watches the BBC 6 O’Clock news and reads the local regional daily Express & Star every night. He doesn’t use the internet. My teenage son never reads the newspaper or watches the TV news but goes online to play Fortnight on his X-Box, browses Twitter and Instagram and will watch YouTube for hours on his mobile phone with his earbuds in.

Those two members of my family inhabit the same town but entirely different worlds. We need members of those different age ranges to properly understand how to communicate with them.

Let me be entirely clear, I’m absolutely not against over 40 or people with experience. The answer is noty to employ a team of teenagers. Experience is valuable. As an example of what I’m talking about is a conversation I had with an experienced head of comms. She was jealously telling me how the new apprentice in her team can create video effortlessly. But he hasn’t got a clue, she says, when it comms to strategy and planning. That’s where her experience comes in to help shape and channel that creativity.

Me? I’m a 48-year-old white man. I’m a fine one to talk. But I have this uneasy feeling that the profession which I love has drifted into dotage. I’d be interested to hear if this is a public sector issue rather than a private sector thing.

What’s clear is that we do need age equality in our teams.

1 thought on “The Diverse Days of Christmas #12”