Supporting choice for women who work 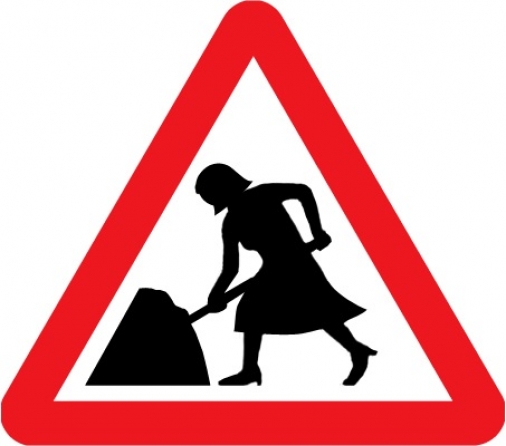 On Thursday Conservative Woman published an article from its co-editor, Kathy Gyngell. It was badged as a response to the Junior Doctors’ strike, but towards the end, Kathy took the opportunity to attack any woman in work:

“As I have written on this site before, girls increasingly dominate places at medical school and in the profession.  Governments, however, remain blind to the consequences of this – a shortfall in staffing and quality of care. Women do not share men’s commitment to work. Their demands for part-time and family-friendly working conditions have changed the culture of the profession too– negatively. The current strike action is an example of how feminisation corrupts the attitudes of their remaining male colleagues. They too have adopted the women’s self-interested producer capture culture.”

I do not want to respond for Junior Doctors, I leave that to a comment at the end of this article, from my old school friend, Penny Atkinson.  What I want to talk about is Ms Gyngell’s assertion that women ‘do not share men’s commitment to work’ and that it is through women’s demands for ‘family-friendly working conditions (that) have changed the culture of the (medical) profession…’ and I suspect she would apply her belief to any profession.

According to a white paper issued by the International Institute for Environment and Development and the United Nations Development Programme, “feminisation of labour’ describes the changing nature of employment where irregular conditions — once thought to be the hallmark of women’s ‘secondary’ employment — have become widespread for both sexes”. As Ella Minty, another CIPR member, pointed out when she read this comment, ‘Women, men, gay, straight, young, old, black and white are physical characteristics that have absolutely nothing in common with one’s commitment to work nor do they corrupt anyone’s attitude towards one gender or another – but heavily biased stereotypes do”.

Society as a whole has unquestionably benefited from the greater involvement of women, not just in work, but in careers that require intensive training, continuing professional development and a dedication Ms Gyngell seems to find inconceivable. Earlier in the year, in the House of Lords, Baroness Wheatcroft (a Conservative peer) introduced a debate about the contribution women have made to business.  Women with significant business experience and major success spoke in that debate, from all sides of the House.  In her opening remarks, Baroness Wheatcroft said: “For too long, women were a wasted resource in the economy. There is now a clear understanding that we cannot afford to squander the talent of half the population. If we could equalise women’s productivity and employment with that of men, it could add £600 billion to the economy.”

The contribution women make to the workplace is clear, and the untapped potential has been outlined many times.  Women’s commitment to work should never be underestimated.  As you read this, women across the country are working hard, with the same commitment as their male colleagues.  Many of them get paid less for it though, and I have written extensively about the impact of the gender pay gap.

Some women choose not to work.  Good for them.

Many women choose to work.  Good for them.

Many, many women do not have a choice.

That is what I am about.  Trying in my own small way to ensure that women have choices, about their education, personal life, beliefs, religion, sexual orientation – and work. Ms Gyngell’s argument seems to be that we should not even have a choice in the first place.  She argues that ‘feminisation corrupts the attitudes of their remaining male colleagues. They too have adopted the women’s self-interested producer capture culture.’  I chose early on in my life to work and to work very hard.  I have a successful career and I am very proud of what I have achieved.  My commitment to work is absolute.  Ask any of my clients, or colleagues.  I think it would probably be hard to find a male colleague whom I have corrupted with my allegedly slothful and self-interested concerns.

Ms Gyngell is, of course, entitled to her view.  Central to my belief system is that we must uphold the values of free speech, but she must engage in the debate.  I wonder if she ever would?  I would most definitely welcome the opportunity to debate the issue of women in the workplace with her.  It is absolutely my experience, most recently through the CIPR’s involvement in Debating Matters, that healthy debate is vital to forming ideas and developing thinking around important topics.

Maybe she will be able to explain how the workplace was somehow better when women had to get their husband’s permission to open a bank account (1960) or when the beginning and end of a working day was signalled by a loud bell (the sounds of my childhood growing up not far from Plymouth Dockyard), when the banks shut at 3pm, good healthcare was the proviso of the rich and there was little legislation to protect workers. Should we all just ‘man up’.  What does that mean?  I know plenty of women who work in male dominated professions, like medicine, committing to the same contracts as their male colleagues.  And I know plenty of men who work part time.

Over the weekend I have been inundated with comments and responses from women.  One theme is overwhelming – that of allowing women to make the decisions that are right for them, their careers, their lives.  We must provide an enabling system in society that helps women to make those choices and supports and encourages girls and women every step of the way.  Nothing should be out of reach for a woman.

One of my ex-BBC colleagues shared this with me, over the weekend, “L has a good job fairly high up in the civil service and J works in a university. They don’t have family members living near enough to help with childcare so they decided to do the first year themselves. L took the full nine months’ maternity leave, then went back to work while J took his three months’ paternity leave. They both now work a four-day week and the daughter goes to nursery three days a week. L and J take equal responsibility for childcare and are both committed to their jobs. They’re lucky that they were both able to negotiate a 4/5ths contract – even when L applied for and was appointed to another job in the same department (a significant promotion) she was able to retain the same working hours. It seems to me that that was possible because she’s highly valued, and that must be due to her commitment to work”

For now, the final word goes to my old school friend, Dr Penny Atkinson MBChB MRCGP
“I am no longer a ‘junior doctor’ but I certainly earned my stripes when I had 72 hour shifts and I remember feeling more tired than I can even begin to describe. The difference is that back then I could (just about) get a hot meal in the middle of a night shift and worked in a ‘firm’ that gave continuity to both me and my patients.  I felt valued and well supported. Life is very different for my colleagues now.

To read such an open attack on our profession and gender is both insulting and disappointing – yes, when my children were young, I worked part time, but the beauty of a medical career is that before starting a family, and now that they are older, I can do more hours and contribute more. Indeed, many of my male colleagues have done the same.

Yes, I am fine with it.  It’s my job, but a beating on a daily basis from women like this is demoralising. I would welcome the opportunity for this woman (in fact anyone writing on the topic) to spend a day with any junior doctor, GP or consultant to see life at the coal face.’

1 thought on “Supporting choice for women who work”