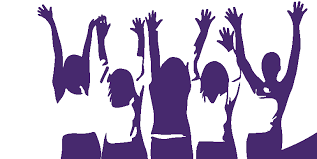 In March I had a great variety of fantastic opportunities and experiences.

I met sixth formers, entrepreneurs and a Dame.

On 2nd March I went to be part of The Inspiring Women Conference at St Mary’s School, Calne.  Superbly organised the event was highly interactive and I was part of a group of women I found inspiring throughout the day, they included:

The lower sixth were engaged and asked us some fascinating questions, something I would expect from St Mary’s girls.  But what still took my breath away was being asked if the panel thought it was possible to have a successful career and a family.  Soon the panel talked about being a mum, having one, two or three children – and the single unifying factor of our experience, having a supportive husband or wife, or partner (or for other colleagues of mine, a strong network of support if you’re bringing your children up as a single mum).

What did I learn; it is never, ever too soon to talk to girls about confidence and introduce them to women who are successful in their career and at home.

In Devon a revolution has been going on, fully funded by the Women and Broadband Challenge fund supported by the Government Equalities Office.  I was asked by Cosmic to talk about my leadership and digital journey.  It was a real privilege to talk about the impact of my junior school teacher and my maternal grandmother on giving me passion, determination and commitment to build my future as a business woman and a leader.  It was also inspiring to hear of the many women in the room, who were harnessing the power of digital to build their businesses.

What did I take away?  Every business is a global business, thanks to the power of digital.

Our HSE board meetings always start the night before with a board dinner, we discuss a topic in more detail and more informally than the board meeting setting affords us.  But this was a special evening, the last board meeting for Dame Judith Hackitt and Kevin Myers.  I said a few words about Judith.  I wanted to share them as it was on International Women’s Day and I was keen to ensure my board colleagues and those on the HSE management board knew that the first IWD took place on 19th March in 1911.  More than one million women took part in Europe – and less than a week later, 146 workers were killed in a sweatshop where Clara Lemlich (a Ukrainian/Jewish immigrant who had led a strike in NYC, it was broken up when their employers broke some of the women’s bones) worked.  IWD was all about worker’s rights, enabling women (and men) to do their work and go home safe at night.

For the last eight years Judith has led the HSE to ensure more workers go home safely after their day’s work.  Her DBE has been awarded in response to that dedication, but also recognises her contribution as a role model for women in business, specifically in science – and in her chosen field Chemical Engineering.