On the Sixth Day of Christmas: Courage 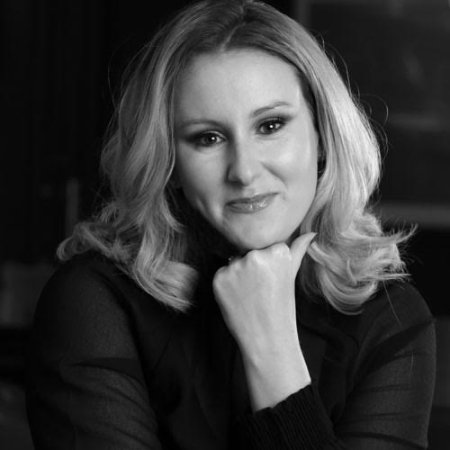 Anne-Marie and I met at the Chartered Institute of Public Relations North East AGM in 2015.

She asked if I would be interested in setting up a Young Communicators’ Forum.  I said yes, and the rest is history.

A mentee of mine, who I am exceptionally proud of, she’s an inspiring and determined young woman.

Here, she talks about courage and its role in her life.

What does courage mean to you?

I think the word courage can have lots of different connotations, depending on its context. For me, the essence of courage is feeling the fear and doing it anyway. It’s about finding the strength from somewhere within to carry on when the going gets tough. It’s doing the right thing, rather than taking the path of least resistance or the easy way out. It’s being brave.

For anyone who follows me on social media, they’ll know I’m a huge Disney fan. One of my all-time favourite quotes comes for Winnie the Pooh. It reads: “You are braver than you believe, stronger than you seem, and smarter than you think.” To me, that sums up courage in a simple sentence.

This year has been a massive time of change for me and I’ve had to have courage to see it through. I launched Filament PR back in October 2016, so this year has seen the first full 365 days of the business trading.

It took courage to leave the comfort of paid employment to go-it-alone. It took courage to believe in myself, my abilities and that I was doing the right thing, even though some days you wonder if you’ve made a huge mistake. It took courage to stand by my convictions in the vision and values of Filament PR. From the business model, to the people involved in the company, to the associates we work with, to the type of clients we choose to pitch for – courage has played a huge part in me making these decisions and sticking by them.

It’s taken courage to stick my head above the parapet. From choosing to enter the CIPR’s Excellence Awards where I went on to win the title of national Outstanding Young Communicator of the Year, to putting myself through a vigorous assessment day to become a Chartered PR practitioner, to agreeing to lead a team of other PR professionals in my role as Acting Chair of the CIPR North East Committee; having courage has spurred me on to make these big decisions in my life.

Has it always been easy? Nope. Has courage been the magic bullet that’s catapulted me in the right direction? I don’t think so. Has it been worth it? Absolutely. My year of change and subsequent achievements have been a result of many different factors at play, but courage is certainly one of them.

And on that note, I’ve only been able to achieve what I have over the past 365 days because of the amazing support network around me. You’ve guessed it. Courage comes into that too.

I think a huge attribute of anyone in business is having the courage to ask for help. Being able to recognise where your strengths and weakness are, identifying when you need the support, seeking out mentors and asking for help takes great bravery – no one likes to admit they’re not a know it all! But the person who shows courage, holds their hands up and says help me please, is the person who’ll ultimately succeed.

How are you ensuring you get some time out over the festive period?

I’m not sure I’ll actually get any time out over Christmas – the festive period is always a busy one for us. My husband isn’t originally from the North East, so we split our time between families, plus I have my birthday thrown into the mix, so it’s always go-go-go in December.

That said, I do my thinking-time when I’m on the road (and my husband is inevitably asleep in the passenger seat), so the drive between visiting family and friends will give me the head space I need to pause for breath, reflect on the past year, and put plans into place for 2018.

In terms of client work, I’m quite lucky that the brands I work with tend to enjoy a quieter period during the Christmas break. There’s been a lot of forward planning to make sure lose ends are wrapped up before Santa comes shimmying down the chimney, so we should be all nicely refreshed and ready to face 2018 with a new vigour.

Who are your three wise men or women?

You remember I said it’s taken courage in 2017 to ask for help? My ultimate wise women has to be Pinch Point Communications very own Ms Sarah Pinch. My professional mentor, sounding board, voice of reason, number-one-cheerleader, the list goes on… Sarah’s support has been invaluable to me this year and I’m so pleased I had the courage to call her and ask for her help a little while ago. That initial conversation between two colleagues has now turned into a friendship and I’m so grateful for her continued love and support.

Next up has to be my Grandy. My grandfather on my Dad’s side, he sadly passed away in 2013, but he was quite literally a wise man. I can still hear him and his funny little sayings in my head and I often think back to those little pearls of wisdom when I need them most. I so badly wish he was still here today – he would be so proud of all that I’ve achieved both personally and professionally in 2017.

Lastly, it has to be my husband, Liam. Quite possibly the most laid-back person ever to walk the face of the Earth, he helps me to find the humour in all of life’s ups and downs. There’s never a dull day when he’s around and we’re always having a giggle about something. He’s shown me the importance of laughter, to not take myself so seriously, and to appreciate that a simple smile goes a long way.

More of the same, please! This year has been amazing. Of course, it’s tough launching and running your own business, but while it’s exhausting and exhilarating in equal measures, I wouldn’t change a thing. I’m certain I’m a bigger, better and braver person as a result of 2017.

We’re working with some wonderful clients in the lifestyle, leisure and entertainment sectors, have a full new business pipeline, and are looking to expand the team in 2018. To kick off the New Year with a bang, we have a very exciting announcement coming up in January too. Watch this space…