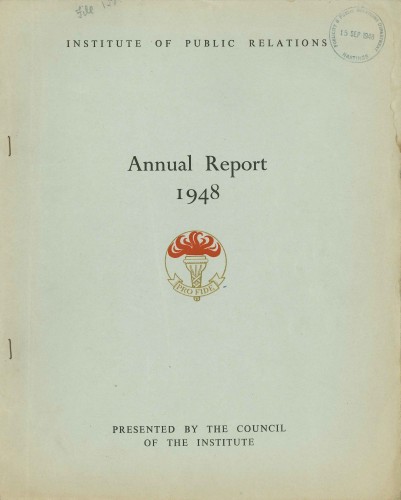 Today is has been announced that I have been elected President Elect for the CIPR for 2014, and President for 2015.  For the last three years I have served the CIPR as chair of the South West committee, representing more than 500 members.  I have been honoured and privileged to lead the SW and it is even more of an honour to serve the whole membership of the Chartered Institute of Public Relations.

There are many people to thank and a to do list that is growing by the moment, but working with Stephen Waddington (current President Elect and President from January 2014) was key in my decision to stand.  Stephen’s passion for and commitment to PR and the modernising of our profession is evident from the moment you meet him.  It will be a very exciting time for the institute I believe.

The CIPR is a membership organisation, run for the benefit of our 10,000 plus members across the UK and internationally (in fact our next #ciprchat on 6 November is all about international PR).  There’s a small team of paid staff in London and an army of volunteers, like Stephen and I, across the UK and overseas.

Membership and voluntary organisations have always played a large part in my life.  My grandmother, one of the most inspirational people in my life, was chair of the Townswomen’s Guild for the South West (“When it was the women’s union darling, nothing about flower arranging”) and my grandfather was chair of the Retired Civil Service Sports Club for England.  My mother led the Boys Brigade in Plymouth and my father organised the annual Ten Tors across Dartmoor as well as the Duke of Edinburgh’s Award scheme in Plymouth.  I come from a family interested in and committed to, giving something back, providing support and a sense of community.

My vision for the CIPR is it becomes the gold standard for our profession, engaged with our membership, confident in our role, able to demonstrate our value, trusted and professional.

Thank you for your support to date; special thanks to Stephen Waddington, Sarah Hall and Rachel Miller; to my ten nominators, especially Professor Anne Gregory whose supporting statement confirmed to me that I would have support to do this role and to my husband, without whom I couldn’t have even contemplated this.

The conversations aren’t over, they have only just begun – you can find me on Twitter @ms_organised or you’re welcome to email me sarah@pinchpointcommunications.co.uk