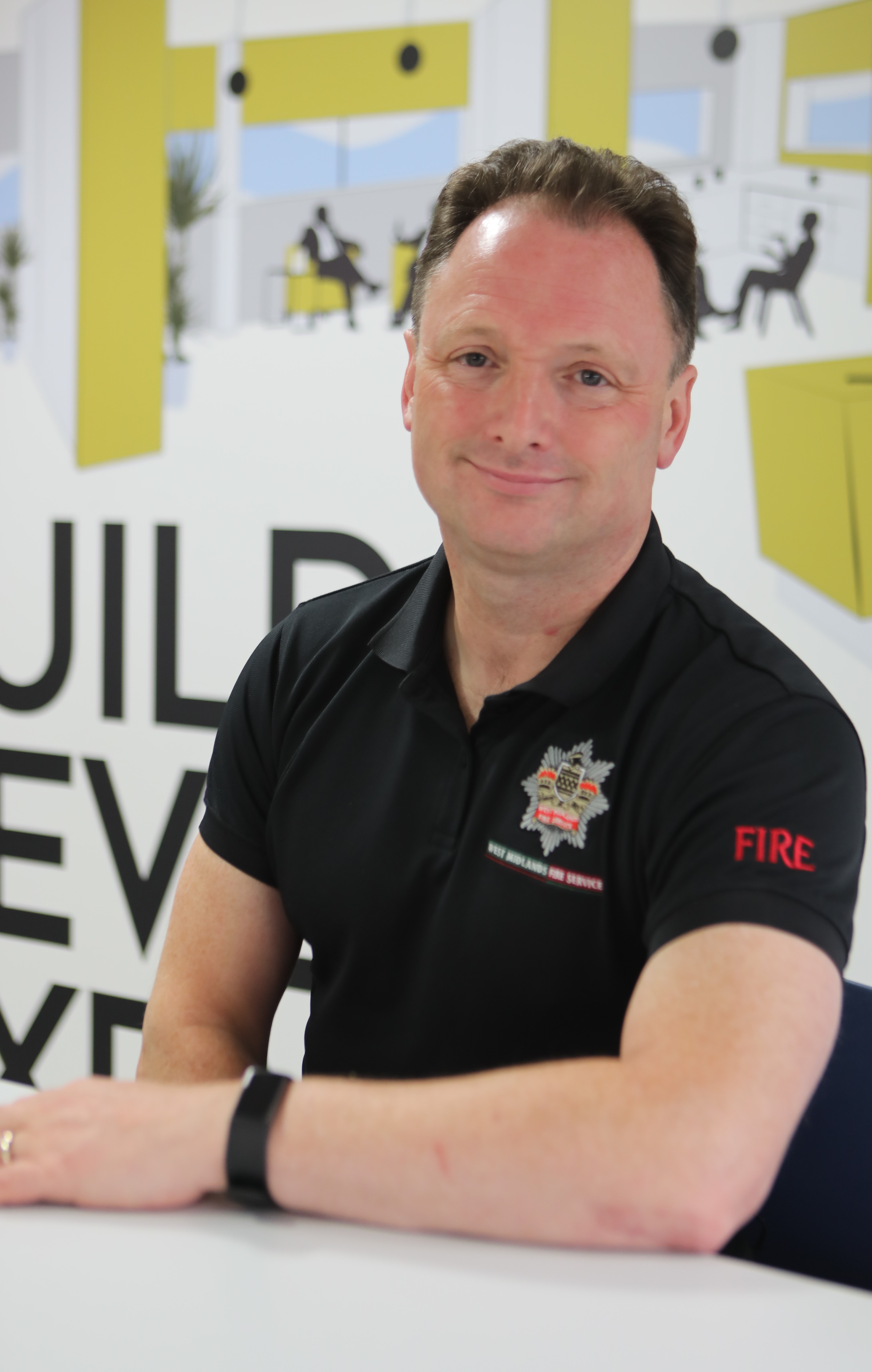 I am delighted to welcome one of our clients to the blog, Steve Vincent joined West Midlands Fire Service in 1990 and has worked at a number of stations in a variety of roles.

In his current role, Steve is responsible for response, delivering excellence through policy, procedures, processes and resources and preparedness, including specialist projects such preparations for Brexit, The Commonwealth Games and the HS2 rail project.  He leads on emergency planning, business continuity and our work with the Local Resilience Forum. His responsibilities also include: the development of our trainee firefighters; occupational health and safety; research and development.

Steve has also taken on various roles for the National Fire Chiefs Council in work areas including Prevention, Road Safety and Health. He is presently NFCC lead for Inspectorate (Her Majesty’s Inspectorate of Constabulary and Fire & Rescue Services).

Married for more than 20 years with a teenage son, Steve is interested in the outdoors and is a keen supporter of the National Trust and English Heritage.  He’s also involved in numerous charitable activities, with a focus on support for firefighters and children.

“With the new decade upon us (the new roaring 20s) it is increasingly a small world with great opportunities for organisations to benefit from the rich tapestry of people who make up our communities.  However, in doing so we will have to understand the biases that are ever present in our daily life.  We all have them whether we like it or not, but the challenge is to recognise them and not let them affect our behaviours.

“Early in my career the fire service had a ‘macho’ image – and in some respects still has.  This image is re-enforced by societal stereotypes coming from television and Hollywood.  Stonewall is an organisation that we (West Midlands Fire Service) have worked with to help us face that challenge.  I personally recognise and applaud the work that they led to help create an inclusive workplace.  The workplace should be somewhere where people are celebrated for who they are and what they have achieved.

“In the late 1980s the first woman firefighter joined the West Midlands Fire Service in a mainly white male orientated workforce.  This was the first of many glass ceilings that need to be broken.  We still have a journey to take until the idea or concept that there is glass ceiling to any role or position is eradicated but we have made ground particularly in the last few years in our work to attract more women into the service.

“Sheryl Sandberg (of Facebook fame) is a woman who has achieved a lot and in her book ‘Lean In’ gives an insight for women on how to increase their chances of success and for men to build their understanding of what women are up against so they (as she puts it) do their part to build a more equal world.  This book can be uncomfortable reading at times but essential reading for everyone who wants to lead.

“The challenge I have set myself for this decade is to better recognise the biases that influence my decisions, and in that create an environment in which people believe anything is possible and do my best to make everything possible!”