Whilst the rain has been pouring today in Bristol, I have been totally delighted, humbled – and warmed by the wonderful support I have received since the CIPR published my nomination for President Elect.

I have had written support from many senior CIPR colleagues, so on this wet and windy September afternoon, I took the opportunity to hone my Pinterest skills and publish a board of some of the comments I have received.

I wanted to highlight two of them here.  Magnus Carter and I have worked together for many years.  I have usually been Magnus’ client, he is, after all, one of the best media trainers I know, but more recently we have collaborated on some joint work:  and once again will co-host the CIPR SW PRide awards in November.  A highly successful journalist, coming to Bristol and editing GWR’s news coverage for many years, Magnus set up Mentor Consulting with his partner, Tina, a number of years ago.  He does not suffer fouls and for him to send me this, was a real encouragement:

Sarah Pinch is both a do-er and a thinker – exactly the combination the CIPR needs at a time when the landscape of communication is developing so rapidly. As a consultant, I have had the privilege of working with Sarah through most of her working life: I have observed her at the leading edge of strategic communications in commercial, public and third sectors, always demonstrating great leadership qualities, but with the common touch. Throughout a demanding career, she has shown unswerving commitment to the Institute nationally and regionally, her dynamism reinvigorating the West region.

Another email of support came from the creative PR genuis that is Andy Green.  I have got to know Andy over the last two years, he is a tour de force of creativity, passion and enthusiasm and I was delighted when he won the CIPR People’s Choice Award at the CIPR Excellence Awards last year.  Andy is a prolific tweeter, always looking at things from a different angle.  His new book Tubespiration is simply brilliant.   His words of support mean a huge amount to me. 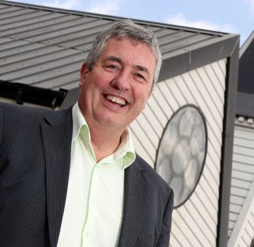 Sarah is rooted in the CIPR’s past and future: demonstrating extensive commitment to the Institute’s central governance, along with unstinting commitment to the regions in the South West, yet more significantly, she is future focused.  She’s heavily involved in sharing new ways of doing and thinking. I know first hand that she can be tough when necessary, but foremost her strengths are to listen, engage and act strategically.  The Institute has not just got to change with the times, but lead the change: if we don’t take charge of our destiny others will. Sarah’s the right person to lead us.  Andy Green FCIPR.